Everything You Need To Know About Mobile-First Indexing 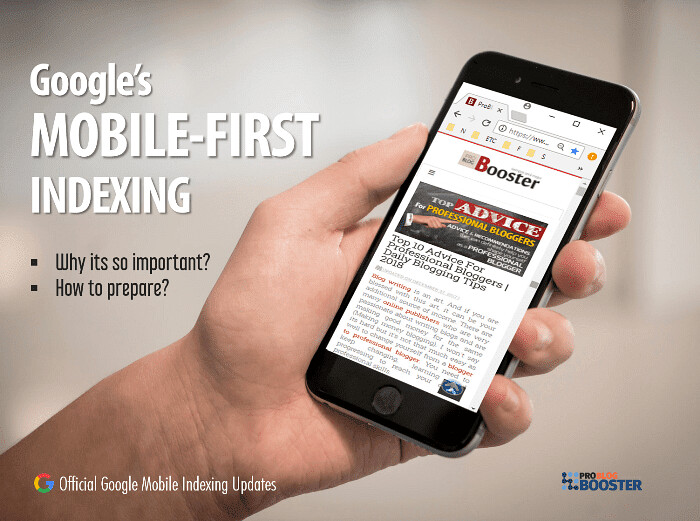 What is mobile-first indexing?

Mobile-first indexing is when the mobile version of your site becomes the primary starting point for what Google includes in their index after you search something. It is now an important factor on how they will determine ranking.

It’s called mobile-first because the more mobile-friendly your website is, the more it could rank higher on Google’s search results. More importantly, Google will be looking at the mobile version of your site first. Gone are the days of desktop-indexing when most people access the Internet through their phones.

Here’s what we know so far.

Mobile-First Indexing Is Applied To Websites by Default

There Is No Separate Index For Mobile

For those that are already not aware, Google has already affirmed there will be no separate mobile-first index. This means that, as already stated, they will use the mobile version of the site for ranking and indexing. If you have separate URLs for desktop and mobile users, Google will show the URL for desktop and mobile users respectively, but the indexed content will still be the mobile version.

The Same Experience Should Be There For Mobile and Desktop Users

Google has stated that one of the best mobile-first indexing practices is the same experience on mobile and desktop.

They have warned website owners that if you have less content on the mobile version of a page than on the desktop version, your traffic will go down. Why? Because Google will not get as much information on the page as it had previously.

Some Other Important Practices

Google actually has a list of some of the best practices you can use. Some of them include:

For more information, do not forget to contact us at Caiden Media, Toronto’s best SEO company.

How Web Design Has Changed Remarkably Over The Years

By Priyanka Jain Introduction With technological revolution, we have seen some of the major developments SEO vs SEM vs PPC

Why Your Website Needs A SSL Certificate – Caiden Media

Web Design What is an SSL Certificate? Without getting too technical, here is a quick

Web Design In today’s consumer climate, it is important to take a look at the

We Focus On Results.